Well done Nairn MacGibbon and Helen King who won the mens and womens Wellington Open Singles yesterday! Nairn beat Bruce Miller (Wilton) 21-14 for his second centre title (the previous was an Open Triples title with Rod Leitch and Bruce Henderson), and Helen was too good for Wendy Mackie (Lower Hutt Womens) 21-9 for her 17th centre title. Helen had a particularly tough draw coming through Clare McCaul in the quarterfinal and Judy Howat in the semifinals.

The events were very good for Victoria with Raymond Martin unlucky to go down to Nairn in the semifinals 21-20 and Lisa White going close 21-19 to Mackie in her semifinal. Victoria had 8 men in the last 32 which was as many as any other club had starting entrants in the event, and 5 from the 6 Victoria women qualified.

Nairn becomes only the second Victoria male to win the Mens Open Singles trophy after Lou Newman won it twice (the last in 2003-04), but Victoria has dominated the Womens Open Singles in recent years winning the trophy five times in seven years (2 for Helen, 2 for Leigh Griffin and 1 for Yvonne Smith).

Thats 24 points for club of the year! And fantastic support with 20 Victoria members watching the finals yesterday afternoon. Great stuff everyone! 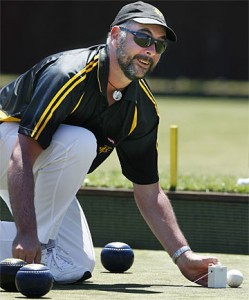