The draw has been posted for the 19th Speight’s Victoria Invitation 2-4-2 Pairs.

5 time champion Gary Lawson is back with partner Justin Goodwin to defend their Speight’s Victoria Invitation 2-4-2 pairs title next week but face one of the best fields ever with plenty of talent throughout. They are drawn to play 2009 champions Rex Holmes and Steve Glavas on the first day.

The Scotty’s Meats New Zealand P.B.A team will be on show before they depart on Monday morning to play the Australian P.B.A team in their annual Trans-Tasman Challenge. Craig Merrilees and Murray Glassey, and Ken Walker and Duane White pair together, while Rob Ashton keeps his 2010 winning partnership with Ray Boffa.

Local club interest will be on the performances of exciting newcomers to Victoria Neville Rodda from Australia partnered with Lou Newman, and Chris Nugent from Ireland paired with Ray Martin.

Lets hope for some great weather! 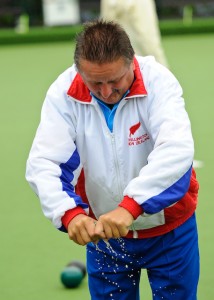