Four-time winner Gary Lawson and recently recruited Wilton player Lance Pascoe will be back to defend their 2011 title at this year’s Speight’s Victoria Invitation Men’s Pairs on 22-23 September. They head a classy field for the 16th edition of this classic event which will feature the return of Peter Bellis from Australia. Bellis is back in his hometown of Wanganui and will partner Victoria local Gary Ruane for this event, and faces a tough opening match against 2006 winner Colin Lowry and the well-performed Kelvin Scott from Canterbury. Other former winners in the draw include 2010 champs Ray Boffa and Rob Ashton,  2009 winners Steve Glavas and Rex Holmes, and 1998 veteran Lou Newman teaming with Canterbury’s Shayne Sincock. 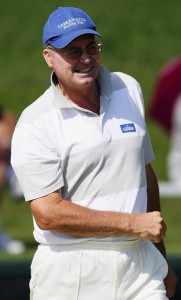