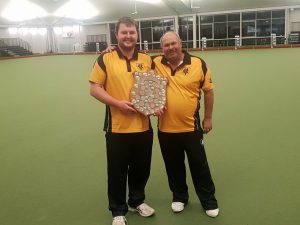 Well done to the Victoria club’s performances during the Wellington Easter 2-4-2 Pairs at the weekend! It became a Victoria benefit with Tim Toomey and Mark Noble taking out the men’s title beating Wilton’s Bruce Miller and Ben King 16-5 in the final; and an all-Victoria final in the women’s event! Robyn Rintoul and Nina De Munnik beat clubmates in the semifinal and final taking out Sarah Taukamo and Helen King 12-11 in the semi and then Leigh Griffin and Kay Carr 14-11 in the final. Robyn lost her first four Wellington finals before she could win a Centre title breaking her duck just last week in the Champ of Champ Triples but when it rains it pours with a second in a week! This was Nina’s 6th title after completing her Gold Star in the Xmas Open Fours. 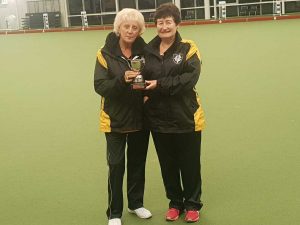 Tim claimed the 4th Wellington Gold Star of the season for the club with his 5th Wellington title while Mark earned his 13th title – the first for 11 years! The title looked theirs after a decisive five shots in the 11th end. Tim and Mark had earlier beaten Mark Burgess and James Fairhall in the quarterfinal.

With three of the four semifinalists, Victoria has charged back into contention for the women’s Wellington club of the year title. By our unofficial count there are four clubs that could win going into the Champ of Champ pairs weekend! Victoria will likely finish 3rd in the men’s which has already likely been won by Naenae.