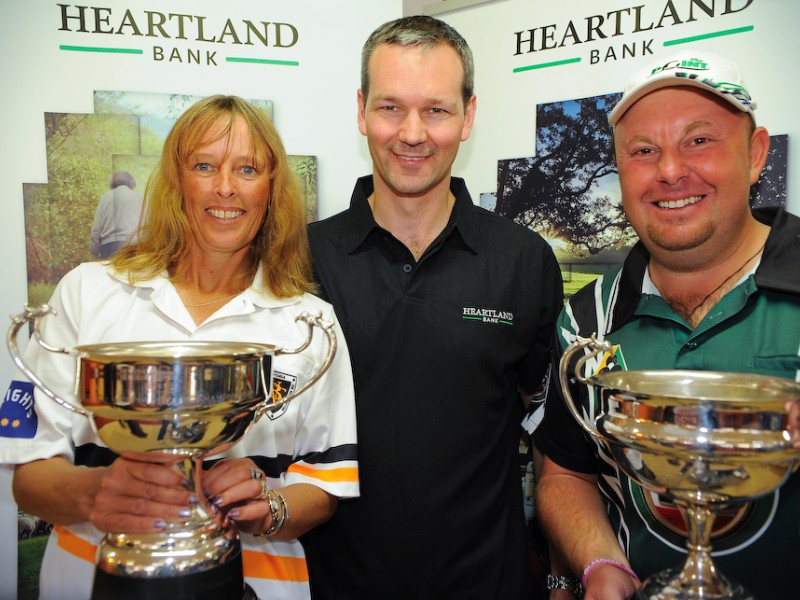 Victoria Bowling Club’s Helen King was crowned national women’s singles champion on Saturday at the Taieri Bowling Club in Dunedin, after a much-anticipated finals match against a much younger, but no less skilled, opponent in the finals of the Heartland Bank National Open Singles Championship.

King met rising 18-year-old star Tayla Bruce (Burnside) and came out on top with a dominating performance and a 21-14 win for the title.

Bruce was no pushover, but never managed to gain the upper hand. Behind King 10-20, Bruce made a break for 21 with four singles in a row; King replied with her own to seal the deal, and confirmed the title.

This was the first time the Victoria or Mt Victoria Womens club have produced a national championship womens title since their inception in 1951. Helen was part of a successful Wellington national intercentre winning side in 2009.  Nicole Toomey won the national secondary schools competition in 2011.

On Friday, Helen with partner Lisa White also made the quarterfinals of the pairs going down to Selina Goddard and Karen Hema (Auckland) 12-18.

Garry Lawson went close but was unable to make the final of the mens pairs with Ben King (Wilton) dropping their semifinal to Mike Nagy and Tony Grantham (New South Wales) in a see-sawing game played over two days. Garry and Ben looked down and out at 7-14 until a change of conditions brought them back into the game tieing up the match going into the last end. They could have been a few shots in front if not for some misfortune from Garry’s last bowl of the 17th end. Grantham was able to slice the jack to two Nagy bowls in the last end to hold on to their finals berth 15-17. 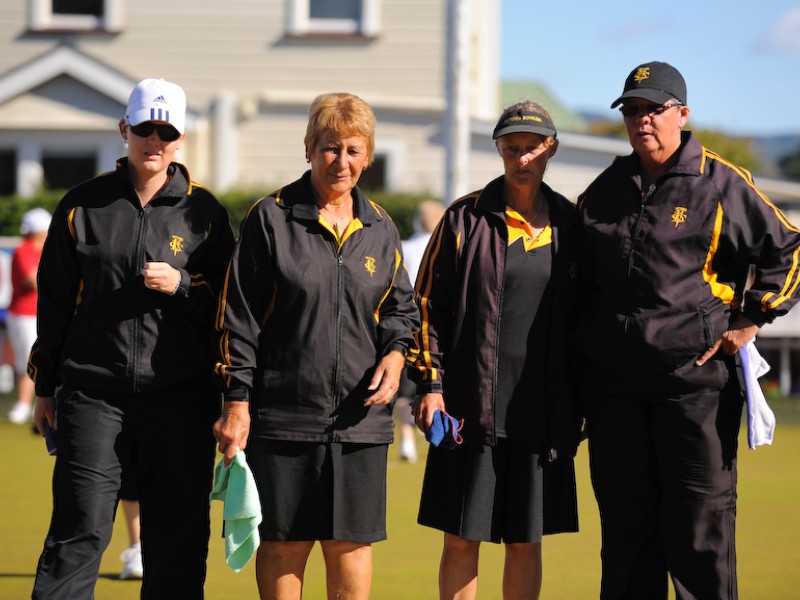 A powerful womens foursome of Kirsten Griffin, Kay Carr, Helen King and Leigh Griffin lead our chances of success in the fours this week…