Defending champions Grant Wakefield and AJ Cronin (Johnsonville) will need to fight their way through a fantastic field this weekend in the 17th Speight’s Victoria Invitational Pairs to retain their title. There will be many key clashes on day 1 to make it through to the main event, plate and shootout on Sunday with feature match-ups in every section. Matches to watch on Saturday include Justin Goodwin and Chris Le Lievre (Auckland) v Adam Johnstone (Manawatu) and Victoria’s Ray Martin in section 1,  Gary Lawson (who will be playing several games for Victoria in this season’s Wellington interclub) and Steve Ditford (Canterbury) v Alvin Gardiner (Canterbury) and Robbie Bennett (Johnsonville) in section 2, and Pete Hodson and Jimmy Pugh (Nelson) against former champions Steve Glavas (Titahi Bay) and Rex Holmes (Kapiti Coast) in section 4.

Play starts at 9am on Saturday and 8.30am on Sunday.  17th INVITATIONAL PAIRS Program.

Look out for results on the Invitation 2-4-2 pairs page. 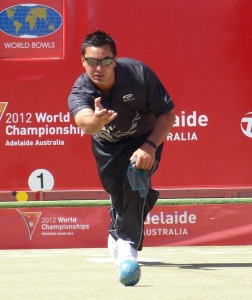