A belated congratulations for the national runner-up effort to Rich Corry, Tim Toomey and Ray Martin in the National Club Triples Champs at the Waverley Club in Invercargill in June.  On the men’s rinks there were just two teams in the running, and they faced each other in the last game of the championship for what promised to be an epic showdown.
Victoria Bowling Club’s Raymond Martin (Wellington) skipped his previously unbeaten men against an equally untarnished Fairfield (Dunedin) crew, but things went awry for the 23-year-old Wellingtonian, second Tim Toomey (20) and PBA veteran Richard Corry. Fairfield skip Blair Barringer, Robbie Thomson and Roger Barron won the first five ends with brutal precision, giving them a 14-0 lead that ended in a 24-5 victory after a brief four-end flurry by Martin from the sixth end.

‘This is the first national title for each of us, and I’m sure it will be our last because I think we’re done,’ Barringer quipped while accepting the honours. ‘It was a long campaign, 17 games from Centre onwards. But we made it and we’re very pleased.’ 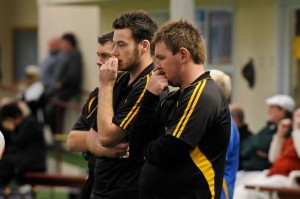 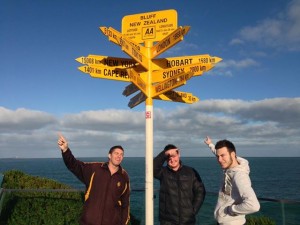