Mandy Boyd is the 2010 Kittyhawks under 20 champion winning the final in a tiebreak over Nelson’s Misty Arnold. Mandy played well throughout the tournament winning 6 out of 7 in section play. Last year’s champion Kirsten Griffen was knocked out in the quarterfinals in a tiebreak to another Nelson player Julia Hodgson.

Raymond Martin battled through section play with 4 out of 7, then hit a purple patch with easy round of 16 and quarterfinal victories before taking out a tight semifinal encounter. He was knocked over in the final by an on-fire Scott Evans from Auckland but was ‘pretty happy’ with his efforts over the weekend. 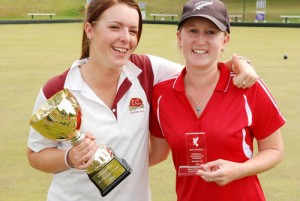